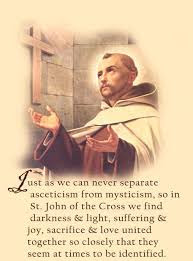 ST. JOHN OF THE CROSS
"Surrender total" was your creed
Always to suffer and to be despised
In every situation and in every need -
"Nada" you lived, "Nada" you died',
Teresa's son, father and guide.

Joy filled your life and joy you spread
Over this earth - your suffering bed
Hour by hour you loved and bled
None knew your worth, your sanctity's stride.

Oh! the zeal that consumed your life
For God's kingdom, your endless strife.

The gift of God you were to Carmel;
Holy and learned, its cause upheld
Every moment, till your last breath.

Carmel's glory you are, O Master of prayer
Rising star in its horizon, bright and rare;
O saint so humble, who bravely obeyed!
Sweet the odour of your sanctity
Spreading silently for all eternity!

Posted by ocdnunssw-india.blogspot.com at 21:25 No comments: Links to this post 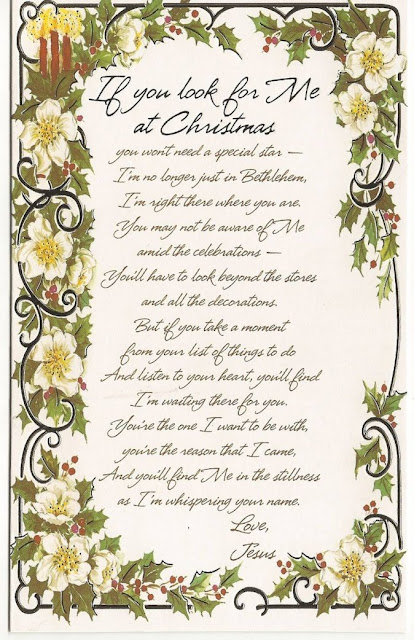 Posted by ocdnunssw-india.blogspot.com at 21:26 No comments: Links to this post 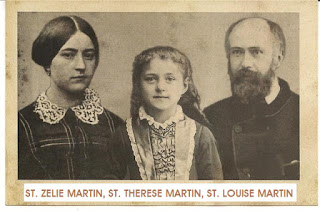 OCTOBER 1st. SOLEMNITY OF ST. THERESE OF THE CHILD JESUS
THE LITTLE FLOWER

From the very beginning of life, Thérèse had an immense desire to please God. In the Martin family this was not one value among others; in a sense it was the only value, and Thérèse took up the challenge with vigor and thoroughness.  She confesses that from the age of three she did not refuse God anything. She counted her good deeds on beads and kept track in notebooks, trying to prove herself before God and family. She always had “a great desire to practice virtue,” but she confesses that before her Christmas conversion in l886, when she was almost fourteen, she “went about it in a strange way.” In the days of her childhood she was prisoner to a self- centered “Jesus and me” piety. The marvelous grace of that Christmas gave her a new beginning.  She picked up where she had left off at the time of her mother’s death, when she was four-and-a-half, and she began the third and final period of her journey to God, in which she ran “like a giant.”  From this point forward she was in charge of her life; she was a match for her hypersensitivity and, more important still, able to live for others. The Christmas conversion in 1886 allowed her to grow up.  It gave her the strength to deal with her babyish, self- serving ways and to become solicitous for others.  The in - breaking of God, with the gift of charity, made the difference.  Charity changed her and freed her life, to live for God and others. “The work I had been unable to do in ten years,” she wrote, “was done by Jesus in one instant, content with my good will, which was never lacking.” Good Will was now empowered by mystical love.  She was no longer victimized by her feelings, but able to rise above them. The victory was not total, but she was launched on a solid pattern.  Thérèse puts the whole experience in simple and accurate words: “I felt charity enter my soul, and the need to forget myself and please others; since then I have been happy.” The new path was her apostolic vocation.  From now on the desire to help sinners gave direction to her life.  She would be a “fisher of souls,” especially sinners, such as the criminal Pranzini, her “first child;” later after the pilgrimage to Rome and observing many priests she would add priests to her special ministry.  The task was clearly beyond herself, but it was possible, because it was the work of Jesus and the communion of saints.

It is revealing to find Thérèse, not quite completely satisfied with this life of sensible and spiritual consolations.  God was obviously present in the family home.  But Thérèse looked for more, for sterner stuff.  She yearned for the “desert” of Carmel, a wish that surfaced first at Pauline’s entrance, and took more mature shape with her growth in appreciation of the role of suffering in her life. She had no illusions about Carmel.  It symbolized a life of abnegation, the way of Cross for the salvation of sinners and for priests.  Carmel fully matured her.  There Thérèse developed  “from piety to sanctity, from beginnings to perfection, from obedient practice of set exercises to the breakthrough of a new, creative form of Christian life.”

Posted by ocdnunssw-india.blogspot.com at 21:33 No comments: Links to this post 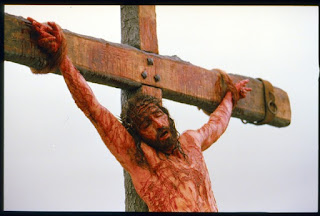 Posted by ocdnunssw-india.blogspot.com at 22:20 No comments: Links to this post 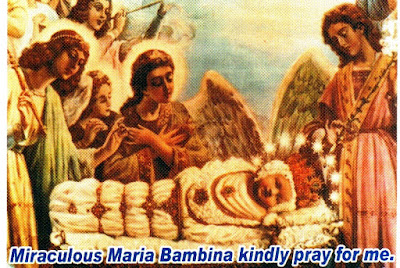 Happy Birthday to wish you, Blessed Mother dear
All we your children have gathered here
Privileged to sing the splendor of your birth
Profoundly bowing before You – our host
You, our tainted nature’s solitary boast!

Bless us Mother, we plead You
Immaculate Virgin, pure heavenly dove
Rare jewel of humility and unconditional love
Transform our hearts with grace from above.
Detach us from worldly ambitions that lead to sin
Aflame with the fire of love divine
Youthfully to serve God’s kingdom in time.

Devoted Mother, with courage and endurance
Enable us to work with prayer and penance
Announcing the good news of Your Son, our Saviour
Reaching out to the poorest of the poor.

Marvel of God’s creation are You, Maria Bambina
Obedient daughter beautiful of Joachim and Anna
Tabernacle chosen by the Father for His Son
Heavenly lily planted in earthly garden
Eighth September, the thanksgiving day for harvest
Rejoicing we celebrate Your birth, Mother dearest.

Mary pure Virgin, full of grace
Angels surround You in time and space
Reign supreme in us with Your Son
Yes, until our earthly journey is done!

Posted by ocdnunssw-india.blogspot.com at 22:16 No comments: Links to this post

The Word of God is not only spoken
Many centuries before
But today to you and to me it is spoken
So let us listen to his voice.

“ I have loved you with an everlasting love”
No matter what you have done
His word brings new hope
Let us trust in his infinite love.

“ you are precious in my eyes
And honored I love you”
At times we may fall into sins
With open arms God says I love you.

“Can a woman forget her child
Even if these forget I will never forget you”
Though we may feel rejected
God’s love is stronger than a mother’s love.

Let us ponder on God’s Word
Experience his love in daily life
Share a spark of that love
Let it’s flame spread through the world.

Posted by ocdnunssw-india.blogspot.com at 21:48 No comments: Links to this post

The Members of the Discalced Nuns of SW Association of Our Lady of Mount Carmel, India